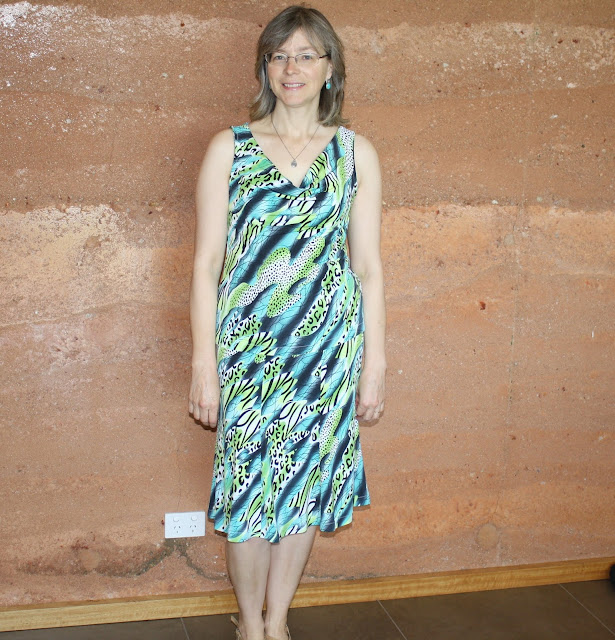 I have been gradually stash busting during 2017 and turned my attention to a piece of knit purchased from Frou Frous in 2011 .It was a terrific little garment fabric shop which shut down. By the time I managed to get to the closing down sale the shop was quite bare and I may have made a few impulsive buys which I would not normally have done including the knit above. I ordered 2 metres but received a very generous 2.5 metres. Now this fabric is very loud and bright, something I am a bit shy about wearing and thought it might be a bit too much as a dress. So then I had the brilliant idea ( tongue in cheek ) to make a two piece dress and to be able to mix and match and water down the loudness. By being very careful I was able to make a skirt and two tops from my 2.5 metres. 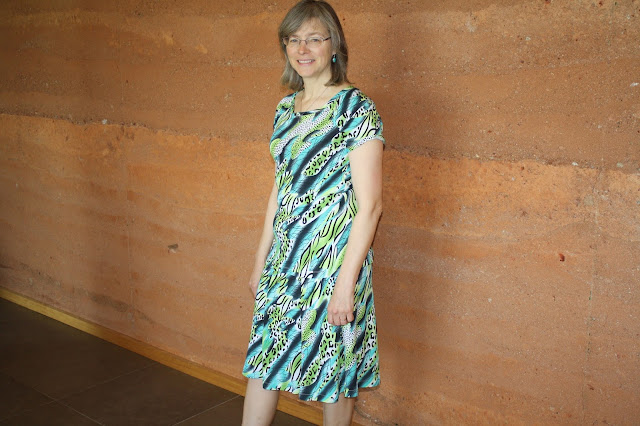 I used three patterns to make up this outfit. The skirt has 6 gores using 2 pattern pieces with an  elastic waist .I used Simplicity 4074 . I have made the dress from this pattern which I made in 2008 and still wear heaps and have always wanted to make all  the other views . Now I just have the top left to make .  I lengthened the skirt as the dress I made was on the slightly too short side. I am much happier with this length which hits just below my knee. ( I am 169cm tall - used to be 170cm !!) 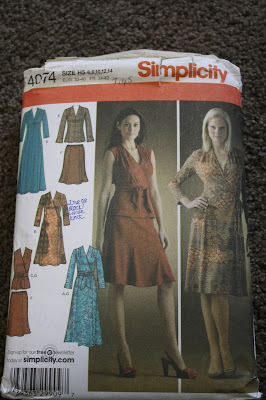 The  gathered raglan sleeved T-Shirt was made from Burda 02/2013.  I have made this before but not successfully and have always wished to retry it again with modifications. I added width to just below the waist line and also cut the neck band a lot shorter . The finished neckline measures at 75 cm and this is the length that Burda says to cut the neck band hence why mine appeared floppy. The longest piece of fabric I had left was 66 cm and this was lengthwise so not as much stretch as the crossgrain but it turned out much better. I will not make this T-shirt again but there are lots of other patterns I want to try from the magazine. 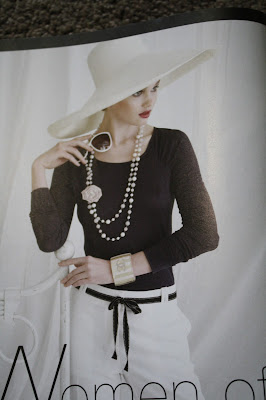 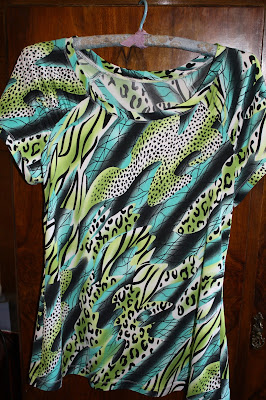 The cowl neck top was made from New Look 6470  . I have never made this pattern before and wish I had made it earlier now. I had to cut the back from two pieces because of my limited fabric but this was just as well because I had serious gaping issues at the back neck. Instead of just overlocking the neck edge and turning in and stitching down as instructed I made some narrow strips cut on the cross grain to apply. I did the same for the armholes. I was  very careful about applying this but in the end with the gaping I had to unpick it all so the back of my neck from being neat and tidy is a bit messy but at least it is not gaping anymore. I would like to make this pattern again and will be aware of making alterations to the top of the centre back or again cutting the back from two pieces. 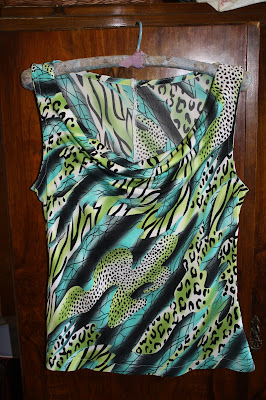 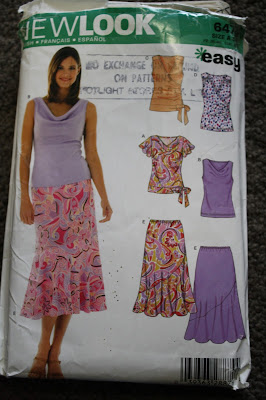 So there is my two piece dress which will be able to be worn multiple ways.  I do love the handful of  dresses I have but I tend to wear more separates and with some hot weather coming up this week I will be able to start wearing this one straight away.
Posted by Janine at 19:40 7 comments: